Skip to content
Get ready to dive into SYNC 2022! » Register Now

After attending the Effi Barry Training Institute’s “Strategies to Support Positive Experiences for Transgender Populations” webinar, I was shocked to see how similar the experiences of trans people in the USA are to those of trans people in my home country of Malawi. Though there is little to no data on trans issues in Malawi as compared to the States, the issues that come up are close to mirror images. This is something that I deal with regularly as an advocate for LGBTQ rights in Malawi and access to healthcare specifically.

Malawi is a conservative nation to say the least, and gender non-conformity is viewed as taboo by the cultures, religions, and traditions of the country. In the health sector, these views are also held by many frontline health workers, which has led to high levels of stigma and discrimination against trans people. This causes a ripple effect that reduces access to health care for trans people across Malawi because they shy away from being outed or being ill-treated. Also, mental health care for trans people is virtually non-existent, contributing to high levels of suicide amongst trans people.

Like in the USA, many trans people turn to survival sex work to meet their day-to-day needs such as housing. This, coupled with the fact that preventive measures like lubricants are scarce, has contributed to the high rates of HIV amongst trans people in the country. To add to this, PrEP has just recently been introduced in Malawi so it is not widespread and completely accessible yet.

There have been so many reports of “corrective rape” cases that I have come across in my line of work with trans people, many of which are never reported to authorities. Corrective rape is the act of raping someone to “fix” them. Trans people are at higher risk of physical violence and sexual assault, but many feel unable to approach law enforcement, further affecting their access to health care.

There is only one trans-led organisation in Malawi, meaning that there is low trans visibility. Trans issues aren’t addressed as much as MSM issues are. To address some of the issues, there are one or two safe houses available but these are either not adequately funded or are not accessible to all in need, so many of the issues are swept under the rug.

From my experience as a clinician, trans people I have met in Malawi only ask for their basic rights to health care. They want to be called by their appropriate pronouns and just be treated as any other human being would. I believe that this fact is universal regardless of whether you are in Malawi or the States. 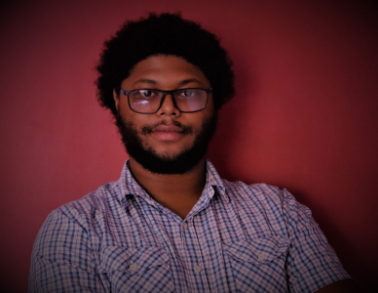 About the Author: I am Delroy White, a 2021 Community Solutions Program fellow from Malawi doing his practicum attachment with HealthHIV. As a clinician with 7 years’ experience in the field of HIV, I currently am working for ArtGlo Africa, an NGO that uses the power of art to address contentious issues that have an implication on health. My project, Umunthu Project, aims to bring down the barriers to health access faced by LGBTQ people in Malawi.