** This training program is being updated and reaccredited. Please visit, eHealthHIV.org, to register for a new eLearning account and to access other available eLearning courses.  **

The HealthHIV HIV Primary Care Training and Certificate ProgramTM provides medical education and professional development for clinicians to develop new skills and professional competencies to optimize the quality of care to people with HIV. By participating in this web-based certificate program, providers can apply “lessons learned” to their practice. Five eLearning modules, each offering continuing medical education/continuing education credits. A total of 6 free CME credits are available. All participants completing the program receive a certificate of completion, documenting their training in HIV primary care.

This program has been designed to meet the educational needs of HIV care providers and other healthcare professionals providing HIV care and treatment. This program is for Medical Doctors, Doctors of Osteopathic Medicine, Nurse Practitioners, and Physician Assistants.

In support of improving patient care, this activity has been planned and implemented by the Postgraduate Institute for Medicine and HealthHIV. Postgraduate Institute for Medicine is jointly accredited by the Accreditation Council for Continuing Medical Education (ACCME), the Accreditation Council for Pharmacy Education (ACPE), and the American Nurses Credentialing Center (ANCC), to provide continuing education for the healthcare team.

For questions about the accreditation of this activity, please visit www.pimed.com. 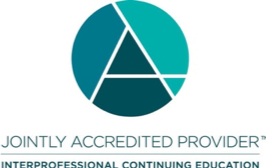 Why is this Certificate Program needed?

In June 2019, the United States Preventive Services Task Force released a Grade A recommendation for universal screening of adolescents and adults aged 15 to 65 years for HIV infection.

The CDC estimates that 1.1 million people in the United States are living with human immunodeficiency virus (HIV), and approximately 1 in 7 (nearly 15%) are unaware of their status. It is also widely estimated that about 40% of new HIV infections are transmitted by people undiagnosed and unaware they have HIV. Late HIV diagnosis remains one of the major challenges in combating the epidemic as

o   1 in 2 people with HIV have the infection 3 or more years before being diagnosed;

o   1 in 5 newly diagnosed with HIV already have AIDS.

In addition to being on the front line for both HIV diagnosis and prevention, the effectiveness of standardized regimens for many patients, growing number of HIV patients, and decreasing numbers of HIV specialists are other significant factors leading to an expanded role for PCPs in managing HIV.

HealthHIV developed the STEP (Staged Training to Educate Providers) ModelTM for HIV integration in primary care in response to limited existing models of HIV testing and care. The STEP Model guided the development of this program. 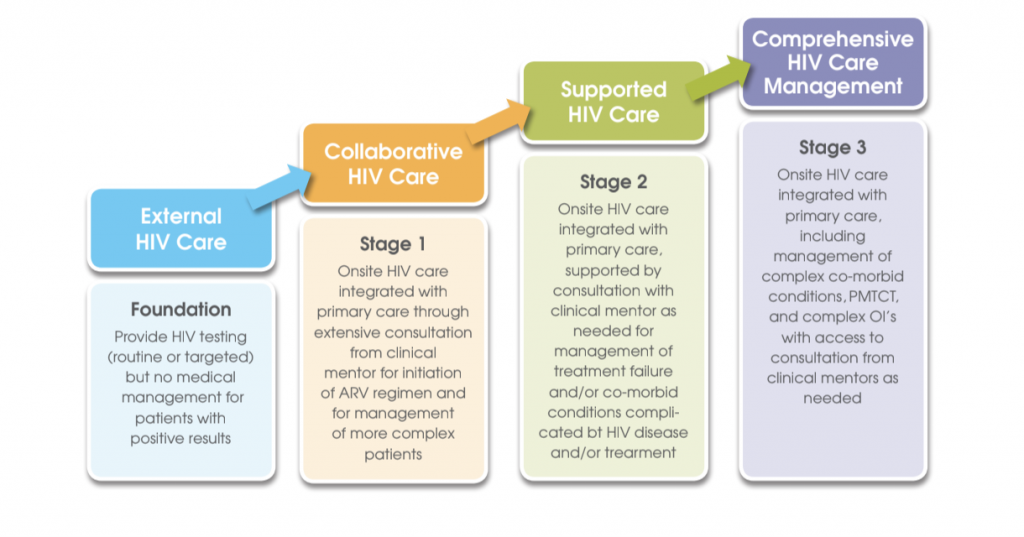 The Stages of HIV Care were informed by the Health Services and Resource Administration’s HIV/AIDS Bureau Guidelines for HIV Clinical Care as well as various State HIV care plans and the WHO clinical staging for HIV/AIDS for Adults and Adolescents.

The Models of HIV Care were informed by using the National Association of Community Health Center’s “Integrating HIV Screening into Routine Primary and Dental Care: A Health Center Model” and the Centers for Disease Control and Prevention’s Program Collaboration and Service Integration Framework.